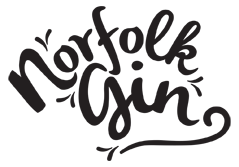 Buy Me Try Me About Cocktails Contact Gallery News Team

Norfolk Gin - artisan gin made to a unique recipe
Norfolk Gin was begun in 2014, Jonathan was looking for a new adventure and began making gin on a small scale at home. After some 18 months of development and experimentation, resulting in gins varied from awful to okay to rather good and he arrived at the now excellent Norfolk Gin.

Jonathan decided to place his gin in a ceramic bottle as homage to Genever where the juniper flavoured spirit began. For flavour profile he sought to capture something of the herby and rich flavours of Genever and a hint at the sweetness of Old Tom without being a sweet gin. Experimentation took place in the kitchen with tastings inside or in the garden depending upon the weather.

It went on sale in June 2015 in a wine merchants in Norwich, the first batch of 15 bottles was sold out between the Wednesday and the Saturday and a waiting list was opened by Brian the wine seller. In the following weeks it just sold and sold. Clearly the kitchen was not going to be big enough.

A small studio was constructed in the garden and production switched to that wood panelled (shed) space. This was and remains the sole place of production although there is now a 20ft shepherd hut which act as office, store and packing station.

Jonathan worked almost singlehanded until June 2018 when his wife Alison was able to join in full time. Two pairs of hand are needed as the gin studio produced 10,000 bottles in 2017. Each filled, sealed and labelled by hand.

The increasingly familiar Wade ceramic bottles each carry a unique batch and bottle number. There are only 24 bottles in a batch. Jonathan now makes a few batches a week now rather than each month.

It is in style a bathtub gin, smooth aromatic and satisfying. It mixes well in all classic cocktails. The main botanical is of course Juniper; others add aroma depth high notes, almost floral yet balanced with fresh citrus. Other botanicals are grown in the garden. The other added ingredient is music; Jonathan bombards or serenades the gin with all manners of music while the botanicals are steeped and is convinced this adds to the spirit or soul of Norfolk Gin.

Try it your way. Experiment and have fun. We like a simple tonic and lime for a big cooler, orange and fresh thyme for a more aromatic and fruity bowl. Mix with a dry vermouth such as Dolin for a fresh taste. The message on the bottle is “Enjoy”

The philosophy is that you should only need one good gin, surround that with cordials, vermouth, liquors and good quality mixers, some sparkle and flavoursome garnishes and you can make hundreds of great drinks and cocktail. We think Norfolk Gin is that gin.